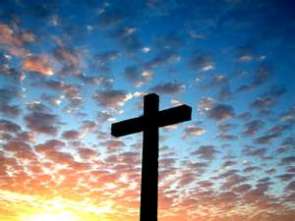 “Do you think this scar will ever heal?” Cole stared down at the one-inch jag of bumpy skin on the top of his right foot.

“It’s healed. It’s just a scar. It’ll go away as your foot grows. It’ll probably be mostly faded by the time you’re a teenager.”

The memory of Cole getting the scar six plus years ago came back like a flash of lightning over the Gulf. My sister, our three boys, and I ventured out to Ft. Myers Beach on a muggy summer afternoon. We built sand castles, barely avoided gray-blue water walls of summer’s flash storms, licked melting ice cream, and enjoyed watching our youngsters run around like bathing-suit clad wild men, wrestling and digging in the cooled-off sand and shells underneath the setting sun.

During one of the last playful jaunts around the sand playground that evening, four-year old Cole let out a yelp, hobbling in my direction. Trickles of crimson streaked down his foot.

I rushed toward him, imagining a broken shell or piece of a broken bottle stuck in his tender sole.

Squinting through the twilight, I tried to figure out what Cole stepped on. He pointed to a four or five-inch long, green stick lying near his feet. Upon closer inspection, I realized he’d been poked on the top of his foot, not the bottom.

I found a band-aid, stopped the bleeding, and we began packing up for the night. After tucking the strange green branch in my beach bag, we headed home. 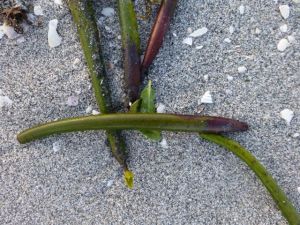 Later, I learned that Cole had stepped on a Red Mangrove propagule. One end of the propagule is a relatively sharp, pliable barb intended to stick in the sand in order for the plant to begin new growth. The green bean-on-steroids seed pod had somehow jabbed the top of his foot, causing a decent puncture and a scar that’s still visible half a decade later.

We all have them, each with its own story. Some scars bring us precious new life; others draw us too close to death.

First they hurt, then they heal. Eventually, they fade. Some are tiny, others gruesome, but always they’re marks of physical trials and emotional pain where healing occurred but memories remain.

During a sermon last year, our pastor noted that the only physical scar from earth we’ll see when we’re home in heaven are the scars on our Savior’s hands.

Jesus’ scars. The scars that stay. For you. For me.

Thomas and the disciples saw these scars after Jesus rose from the grave and spent time with them in His glorified body, before returning to His Father’s right hand in heaven.

“Now Thomas, called the Twin, one of the twelve, was not with them when Jesus came. The other disciples therefore said to him, ‘We have seen the Lord.’ So he said to them, ‘Unless I see in His hands the print of the nails, and put my finger into the print of the nails, and put my hand into His side, I will not believe.’ And after eight days His disciples were again inside, and Thomas with them. Jesus came, the doors being shut, and stood in the midst and said, ‘Peace to you!’ Then He said to Thomas, ‘Reach your finger here, and look at My hands; and reach your hand here, and put it into My side. Do not be unbelieving, but believing.’ And Thomas answered and said to Him, ‘My Lord and my God!’ Jesus said to him, ‘Thomas, because you have seen Me, you have believed. Blessed are those who have not seen and yet have believed.'” (John 20:24-29)

Instead of anger or indignation at Thomas’s stubborn skepticism, Jesus offered Thomas the opportunity to see and touch His scars. To believe. Thomas’s disbelief vanished upon seeing his beloved Teacher’s wounds — undeniable evidence that obliterated his doubt and quadrupled his faith.

As Easter draws near, and we’re inundated with chocolate, bunnies, and spring dresses that impress, don’t forget His scars. Even to the skeptic Jesus will show them — His pain that became our eternal gain. His sacrifice, for our salvation.

Mango on your Monday: “What do you mean, the weekend is over and school starts soon?! I demand a recount!” ☀️🦜☀️🦜☀️🦜